This week, on Tuesday (April 21st), our archaeology class went out into the field. However, this week we divided up into two different sections, one to continue doing survey work that was incomplete after last week in the prairie portion of the Arboretum, and the other half of the class went to the site of the Women’s League Cabin to begin preparing the site for survey. 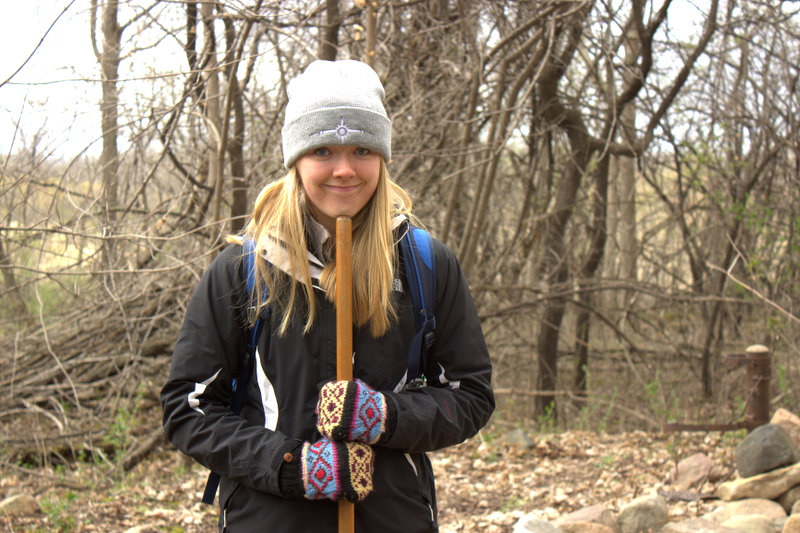 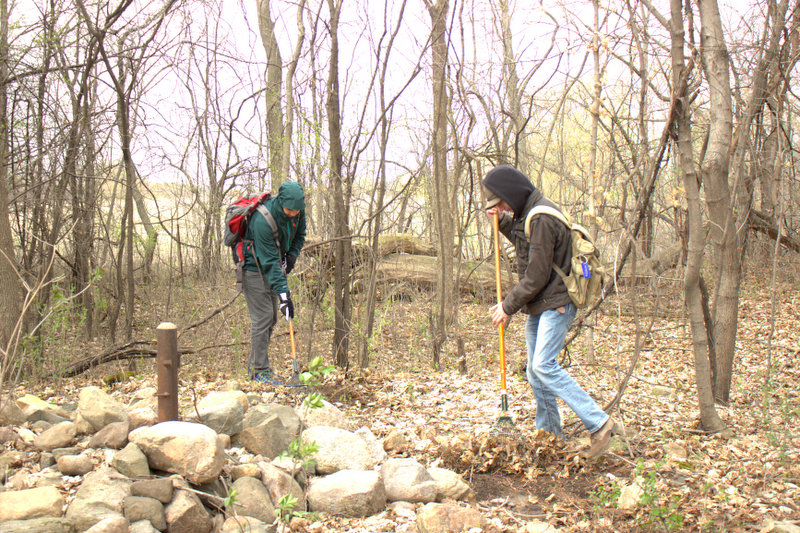 Raking the leaves on the site 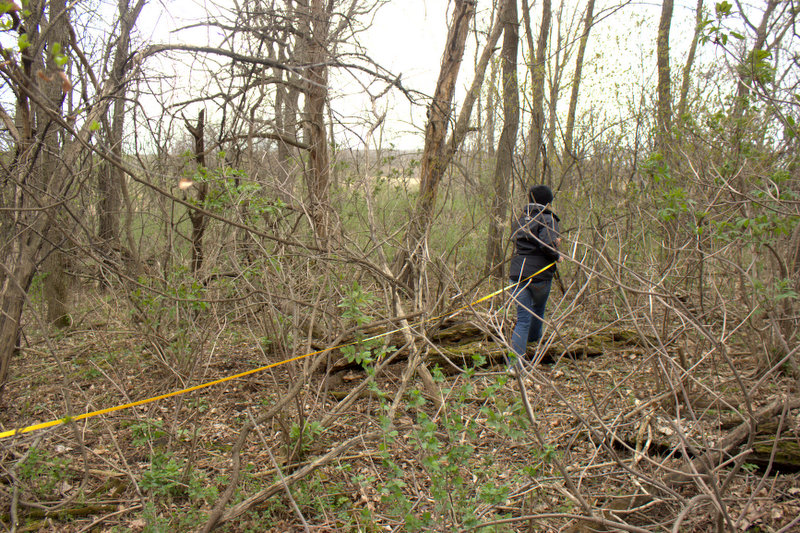 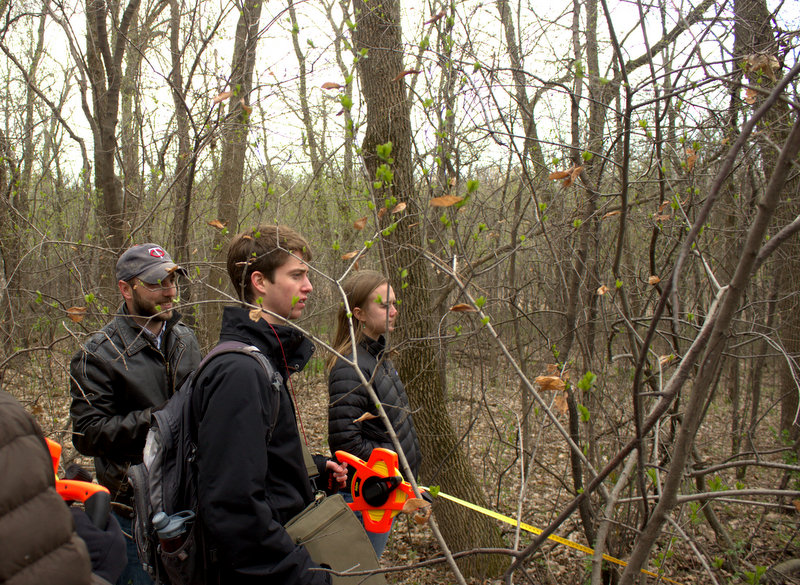 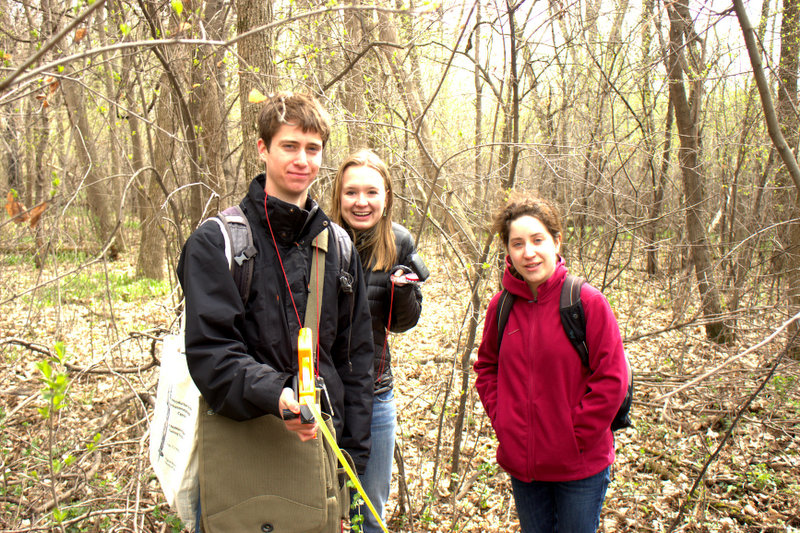 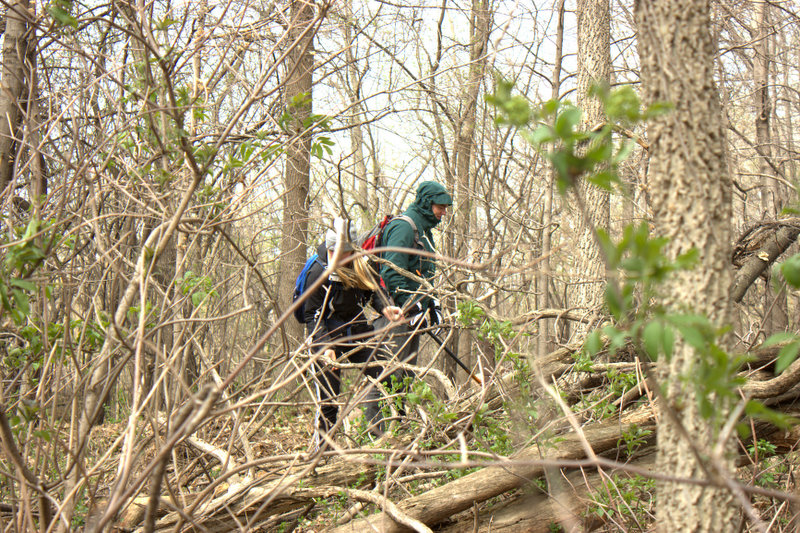 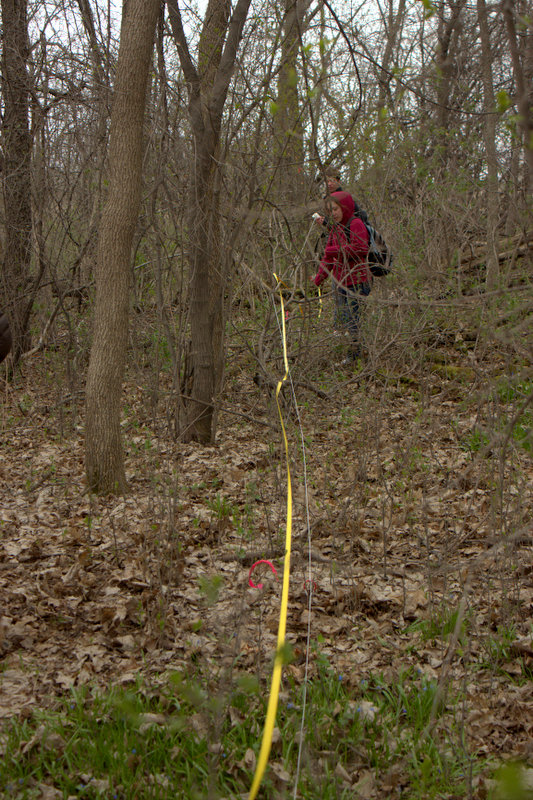 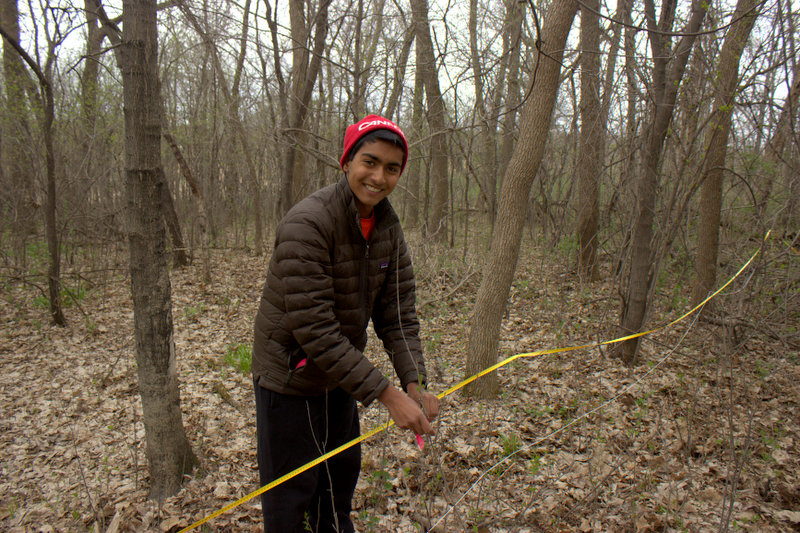 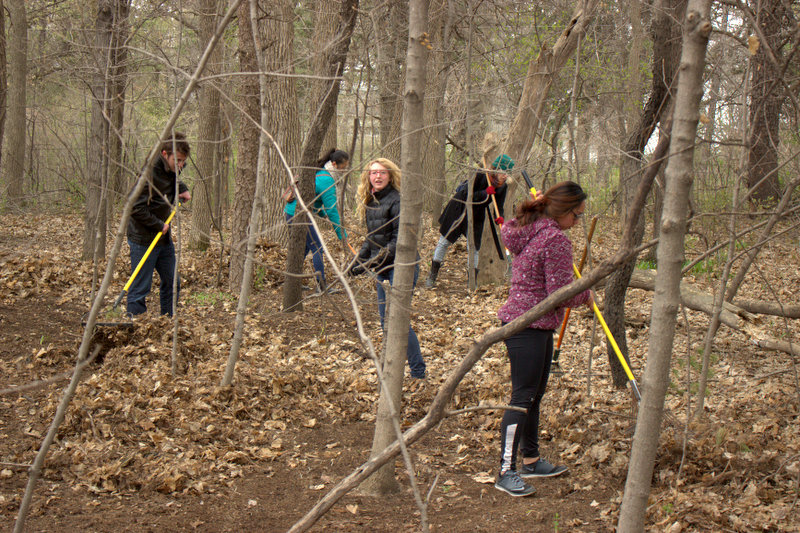 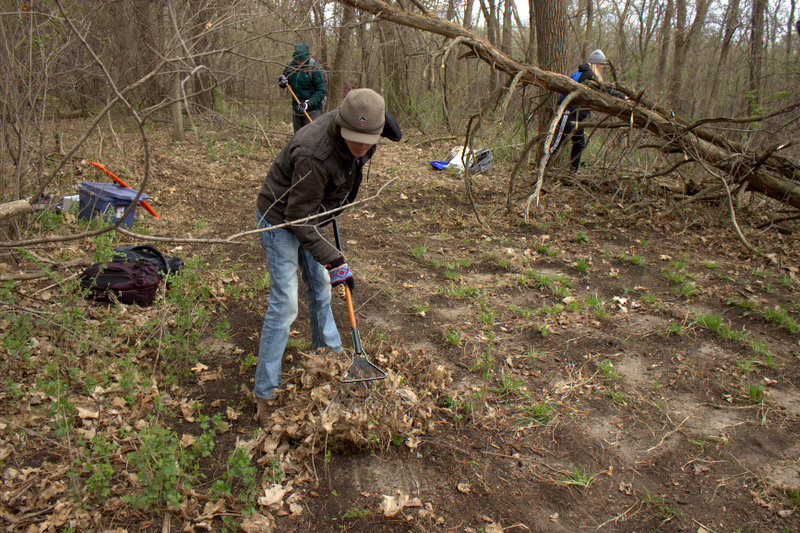 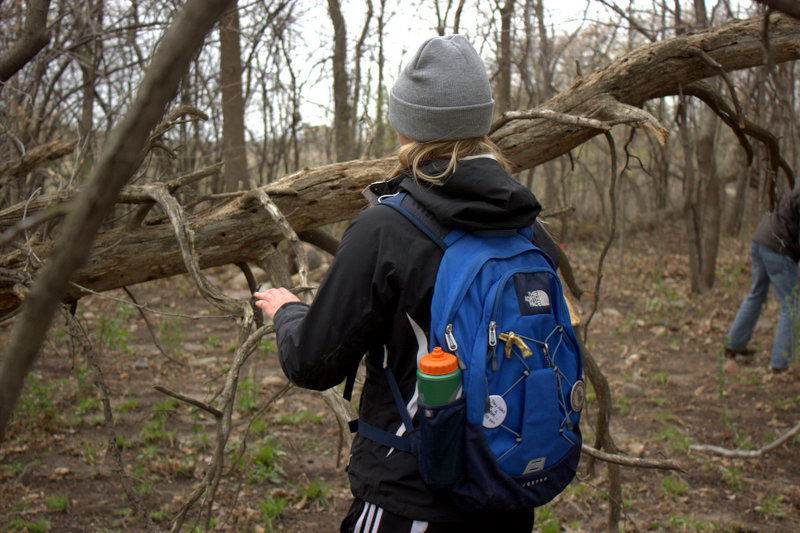 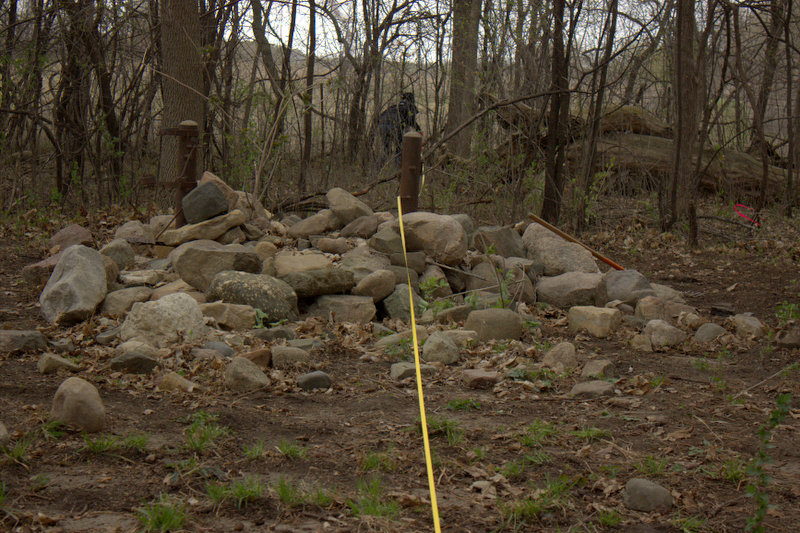 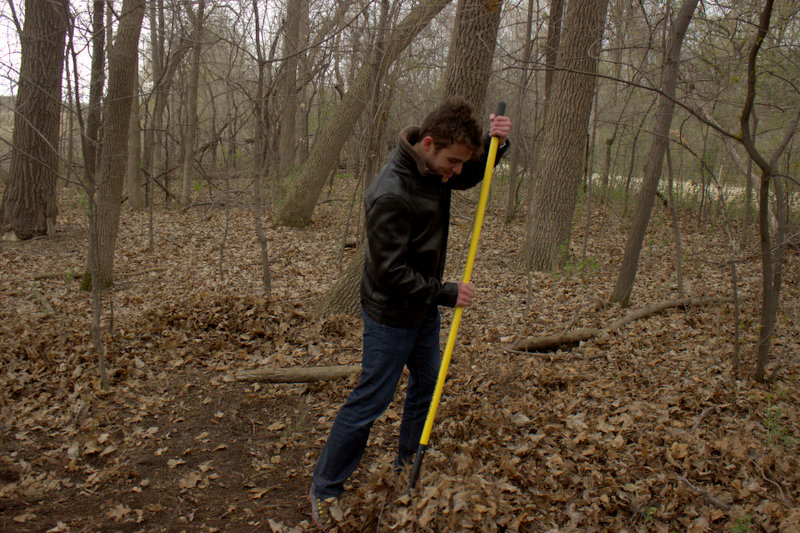 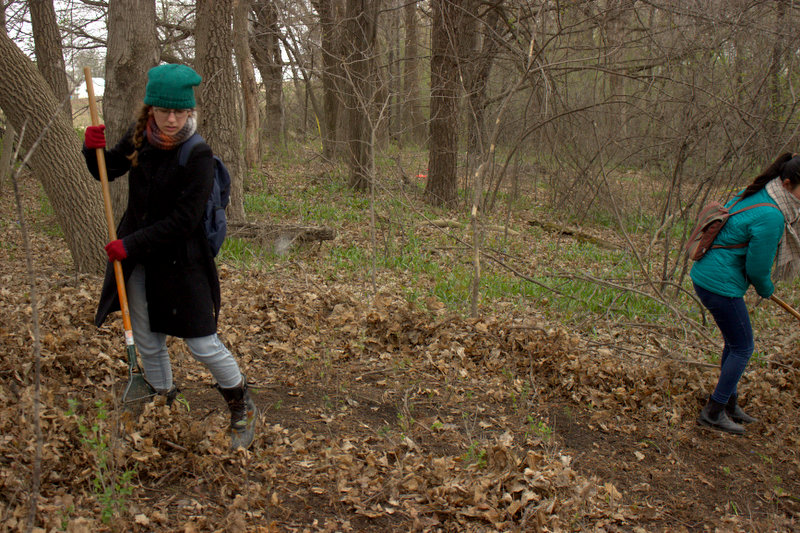 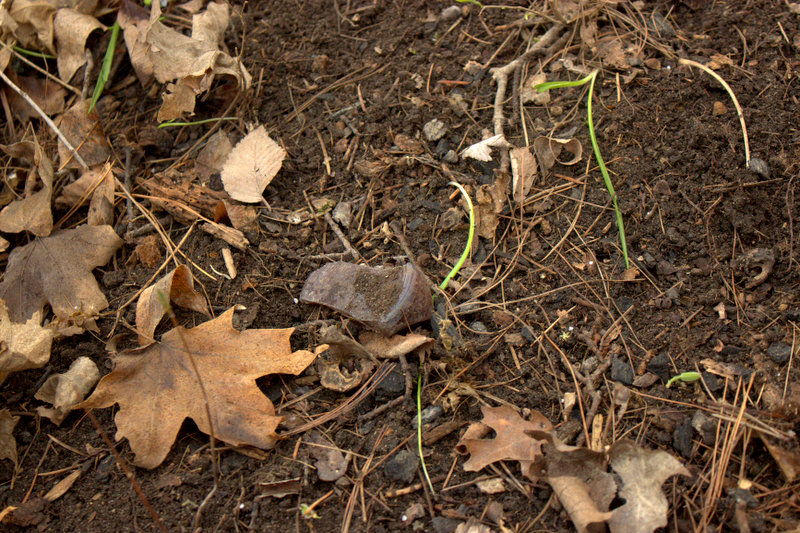 Using a compass to plan the unit boundary 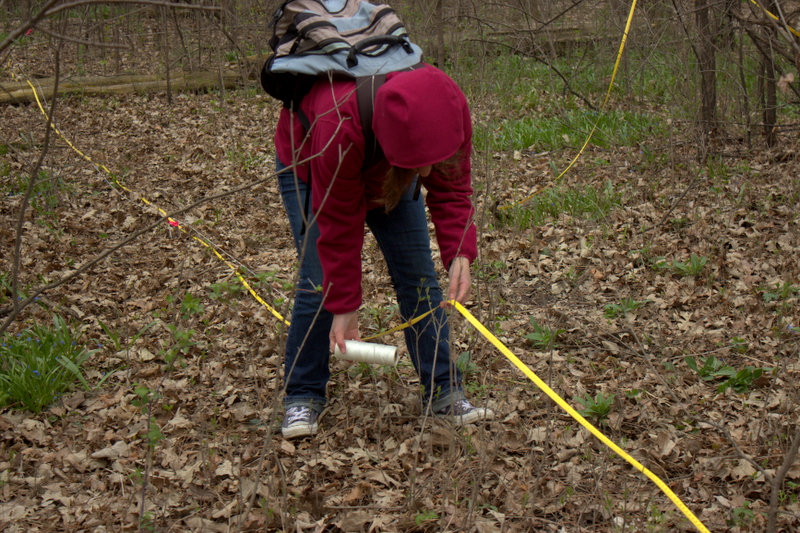 Formally marking out the unit with string 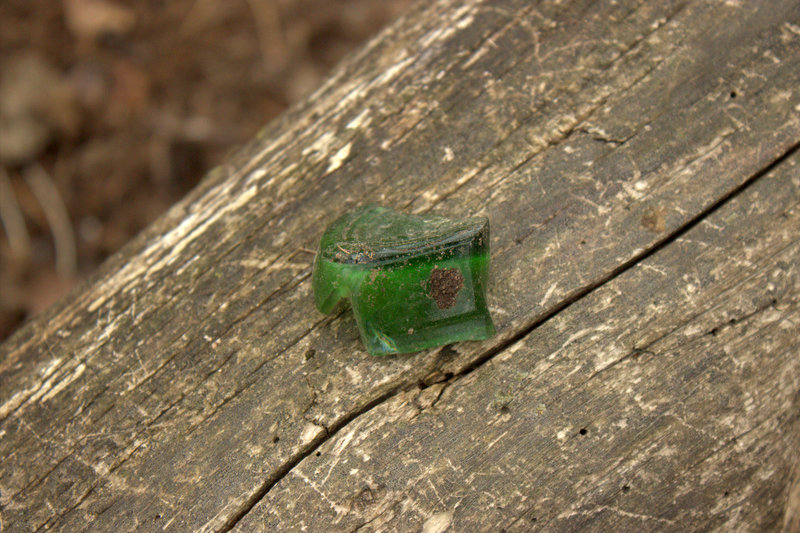 A screenshot of a compass app on an Iphone

One half of the class worked on prepping the area containing the Women’s League Cabin site for survey. The area was covered by leaves and brush, which needed to be removed. Several students worked on clearing the ground with rakes, and moving large branches. While doing this some artifacts were noted on the surface of the ground, primarily glass fragments. While the ground was being cleared a group of students worked on marking the survey units. It was decided that the perimeters of the survey would be 50 meters by 50 meters with 10 meter survey units. The lines were measured using tape and then marked with string. A compass was used in order to ensure that the lines forming the units were running in the same direction and thus were parallel to each other. However, the high concentration of trees and general brush made it difficult to adhere to a straight line. We finished marking about half of the overall survey area, which will be completed during next week’s class time. 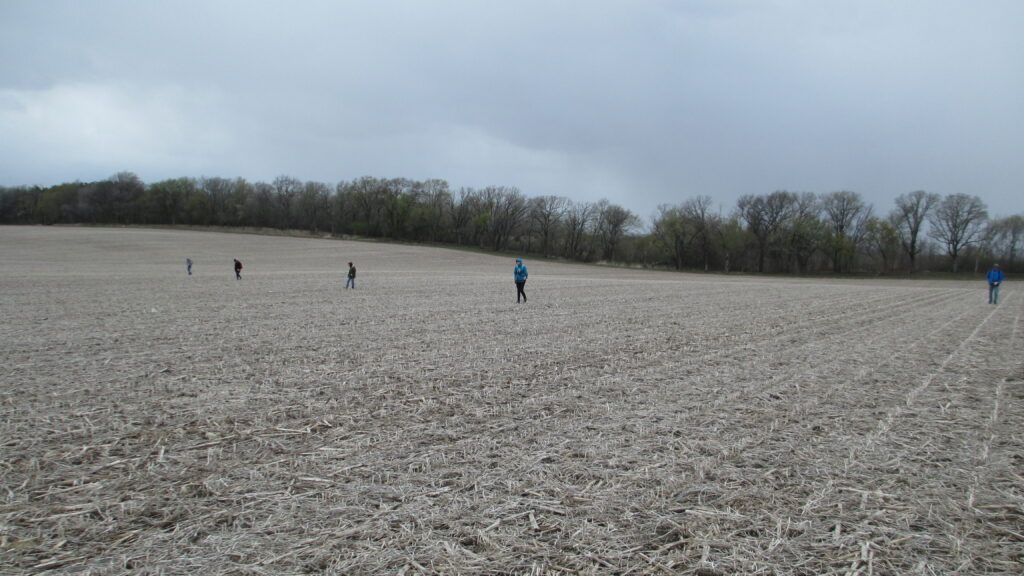 Surveying on the field 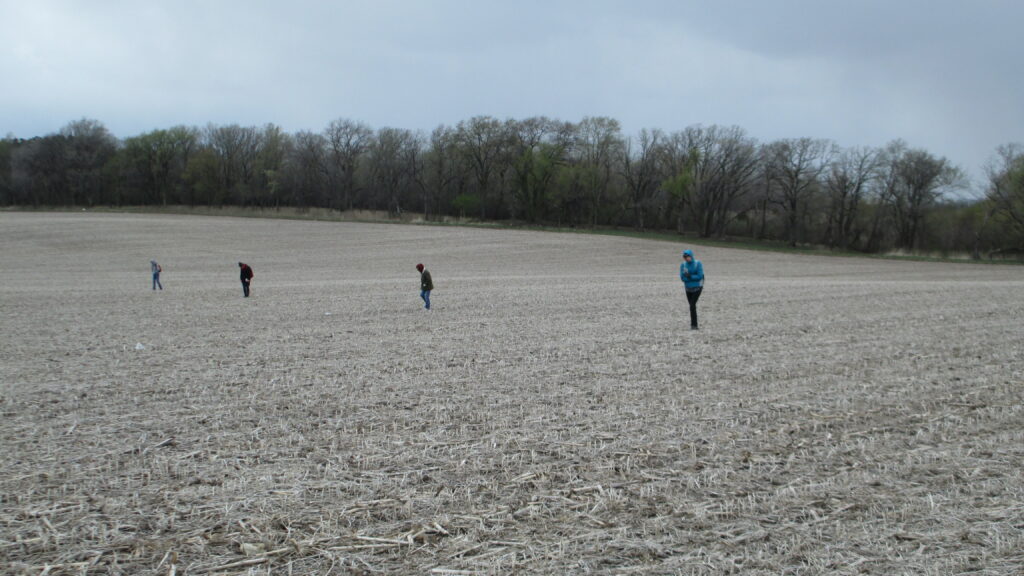 Spaced out in 15 meter transect lines, students look for artifacts. Last week, when we went into the field, we broke up the prairie fields that we were working on into three larger sections, one that each group (Group A, Group B, and Group C) were responsible for. We conducted a survey, in which each team used the transect/intensive collection strategy. As it was last week, the survey units conducting this week were 150 meters long, and each surveyor had about 15 meters in between each other. Each person was responsible for a meter on each side of them. However, this week, Group A was the only group that continued to do surveying on these fields. This was because there was an area of land between the survey units of Group A and of Group B that was left unfinished last week. We ended up completing three more survey units, two of which were the full distance (150 meters long), and a third which was only 95 meters long at its maximum length. The last one was smaller because it was the remaining distance between the last survey unit and grass next to the road. Unfortunately this week, the weather was overcast and cold, and was hailing for part of the duration of our lab. It was also very windy.

The three survey units that this group examined were A06, A07, and A08. As previously mentioned, A06 and A07 were 150 meters long and 75 meters wide, but A08 was only 95 meters long at its widest point and 75 meters wide. For all three of these survey units, the surveyors walked south. A04 bordered the east side of A06, and A05 bordered the east side of A07. A08 shared its south border with a dirt and grass path that bordered the road (Highway 19).The team that continued surveying was comprised of Elizabeth (who was responsible for the recording), Chloe (who was responsible for the mapping), Alex, Carrie, Claire, and Megan.

Below is a chart of the comprehensive findings for all three survey units: